WHERE CAN YOU RIDE A HORSE

Ride a horse to a backcountry barbecue, walk the ocean floor or adventure among black-tailed deer? Right here in Canada, with the Canadian Signature Experiences collection, a curated list of authentic and inspired getaways.

Destination Canada (destinationcanada.com), which works to promote the country as a tourism destination, has highlighted about 200 unique regional tours and unforgettable attractions from coast to coast. Here are six of our favourites.

WALK ON THE OCEAN FLOOR

Twice a day, more than 160 billion tonnes of sea water flow in an out of the Bay of Fundy in Atlantic Canada. At Hopewell Rocks Provincial Park in New Brunswick, visitors can walk the ocean floor during low tide, then return at high tide for a kayaking tour between the flowerpot rock formations. Don’t miss marvelling at the soaring sandstone “sea stacks” that have been carved over thousands of years by powerful tidal erosion. Nbparks.ca

Situated off the coast of British Columbia, Haida Gwaii is a unique archipelago of islands rich in coastal culture and natural history. Maple Leaf Adventures takes explorers on a multi-day land and sea tour to visit remote beaches and the Great Bear Rainforest. Along the way, you can spot west coast wildlife, like black bears, black-tailed deer, humpback whales and sea stars. Tours also include a visit to the 19th-century Haida village of SGang Gwaay (Nan Sdins), a UNESCO World Heritage Site, to learn about the history of the Haida People while admiring ancient monumental poles and longhouse remains. mapleleafadventures.com 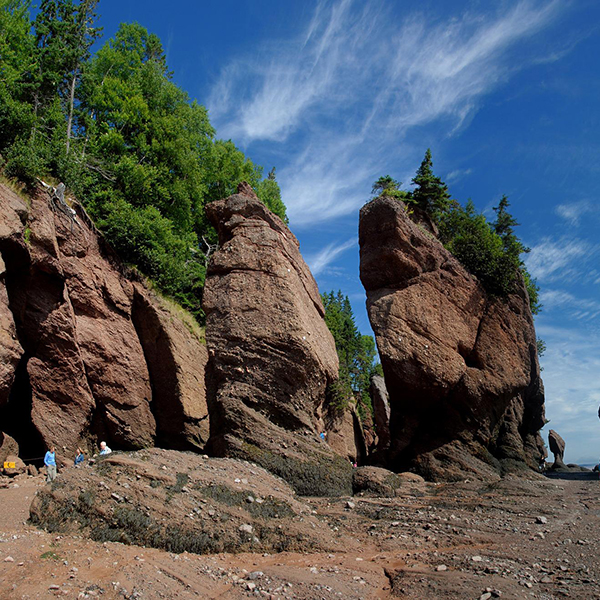 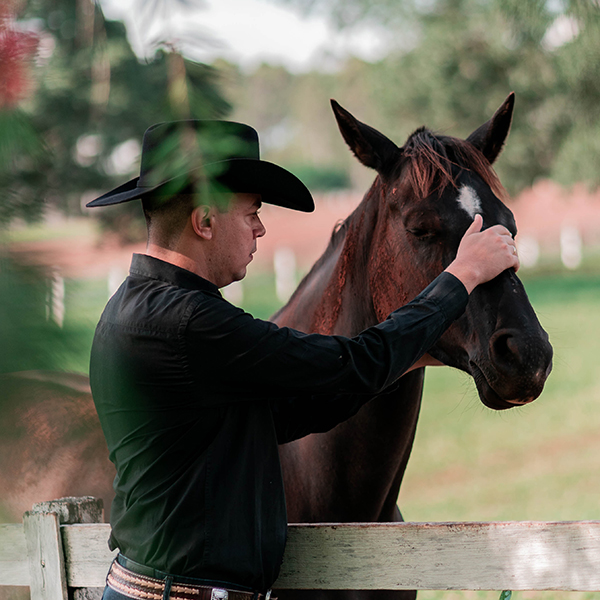 Travel by float plane from Yellowknife to Blachford Lake Lodge for a once-in-a-lifetime northern adventure. Nestled in the heart of the Canadian wilderness, this remote property is a picturesque base from which to view the brilliance of the northern lights as it dances and shimmers in the night sky. Guests at the lakefront lodge can swim, canoe and kayak along the 17-kilometre waterway in summer, or enjoy snowshoeing, snowmobile rides and cross-country skiing during the winter. blachfordlakelodge.com

Saddle up and step back in time for a Cowboy Cookout Ride with Banff Trail Riders. Set out on horseback or in a covered wagon and take in scenic views of the Bow River during this three-hour trail ride through the Canadian Rockies. A pit stop at Three Mile Cabin includes a family-friendly game of horseshoes followed by a backcountry barbecue feast of steak and beans. horseback.com

Feel the spray of the water on your face as you paddle along the Ottawa River with OWL Rafting, family owned and operated since 1981. Choose from low-, medium- or highintensity experiences that range from day trips to one- or two-night camping excursions. First-timers or families with young kids (children must weigh at least 50 lbs to participate) will appreciate the gentle waves lapping against the raft, while thrill seekers should hold on tight, as the rapids are strong enough to send paddlers into the whitewater. owlrafting.com

Speak with a knowledgeable CAA Travel Advisor to help you plan a trip anywhere in Canada. They can also make sure you have the right travel insurance to protect your trip. Visit atlantic.caa.ca/travel for details.